Recognizing the Signs of Hearing Loss 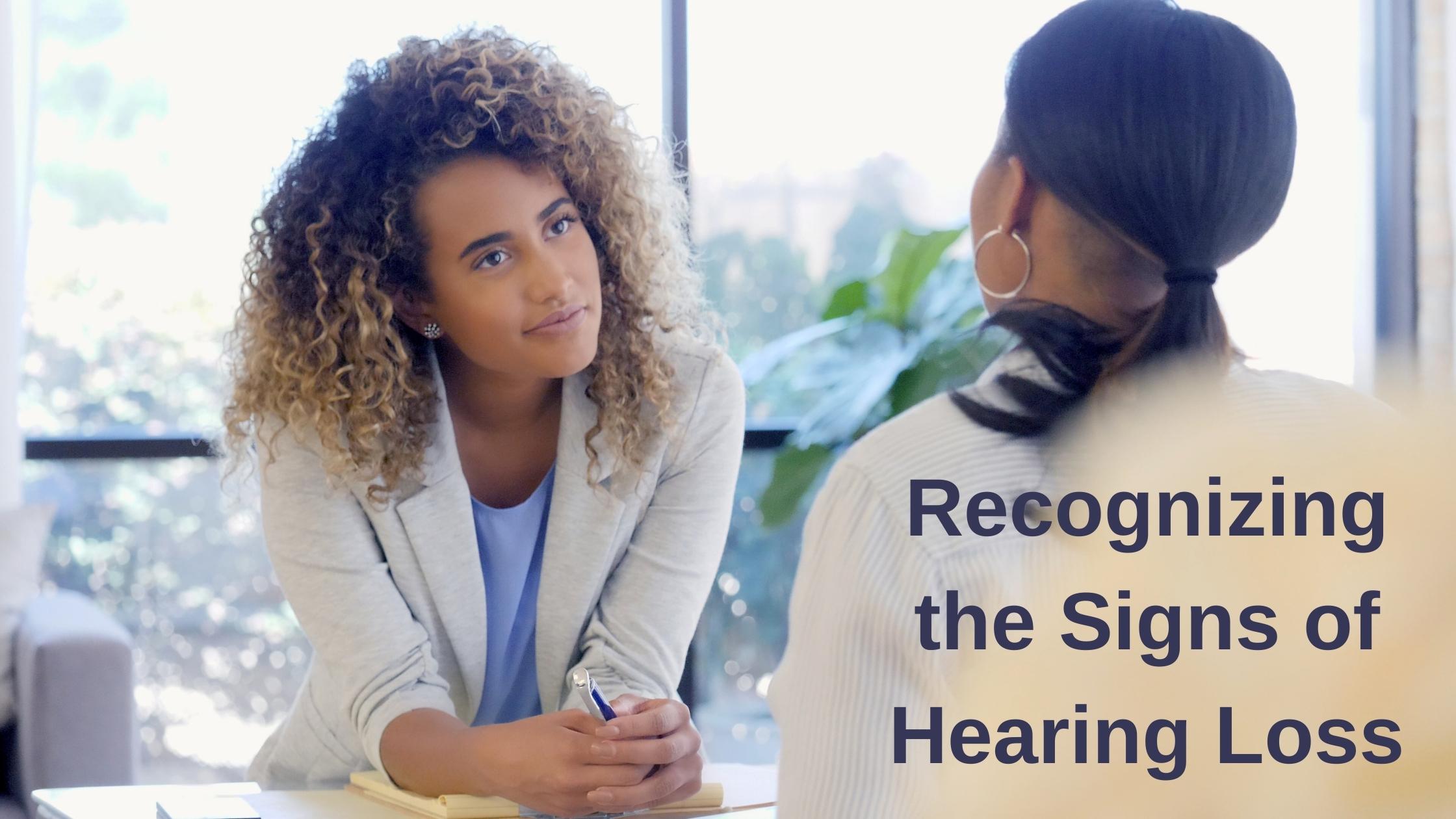 Age-related hearing loss—or “presbycusis”—is among the most common medical problems that humans experience as we age. Above age 65, nearly half of Americans have hearing loss. Nearly 100% of centenarians have it, suggesting we will all experience hearing loss if we only live long enough!

For millennia, hearing loss was thought to be an annoying but relatively benign part of aging. People who started to have hearing loss simply lived with it. What else could you do?

Today, study after study confirms what we have suspected for some time: that hearing loss is not an isolated phenomenon in the body but has major, wide-ranging effects on health and lifestyle for those who experience it. Treating hearing loss is not a simple matter of whether you prefer to wear hearing aids or not—it is vitally important that those who have hearing loss take advantage of treatment to avoid a cascade of negative health outcomes.

Untreated hearing loss has been linked to fatigue, decreased physical activity, increased likelihood of accidental injury, depression, loneliness, social isolation, and even earlier onset of cognitive decline and dementia. Even with mild hearing loss, changes start to happen in the brain that can lead to an auditory processing disorder. Those with untreated mild hearing loss also subjectively report having more memory issues and are at double the risk for Alzheimer’s disease than those with normal hearing.

But hearing loss doesn’t have to be the catalyst for a runaway train of health problems. Treating hearing loss with hearing aids can help to avoid these outcomes, and the sooner the better. The shorter our gap in hearing ability, the fewer changes our brain, body, and lifestyle will undergo as a result of hearing loss. If you are concerned about the possibility of hearing loss, keep an eye out for some of the early warning signs below.

Someone Tells You You Have Hearing Loss

If someone else honestly tells you that you might have hearing loss, it’s worth getting tested. One of the problems with hearing loss is that we don’t know what we can’t hear. It’s not like near- or far-sightedness, where things appear blurry. With hearing loss, you just stop hearing certain frequencies. It has to progress to a very significant degree before we unavoidably recognize that we can’t hear what people are saying, and by that time, many changes may have already happened in our brains that will make it harder to hear even when we do get hearing aids.

So if someone is telling you that you might have hearing loss, listen. You might be glad you did when you start to hear the world again!

With normal hearing, we tend to look at another person’s eyes when we’re in conversation with them. When hearing loss comes into the picture, we might automatically start watching their lips instead. If you catch yourself looking at another person’s mouth more than their eyes while they’re speaking, it might be worth getting a hearing test.

The TV Volume Is Contentious

If other people are telling you the volume of the TV is too much for them, but you can’t hear it well enough when they turn it down, you might have hearing loss. The same goes for the car stereo, the kitchen radio, etc. If you like things louder than everyone else, hearing loss may be at work.

Some people who are new to age-related hearing loss mistake the exhaustion it can cause for a separate age-related condition. After leaving a party early, they think, “I just can’t stay out as late as I used to.” Even mild hearing loss forces us to strain to hear and puts more of our brain to work at trying to solve the puzzle of what is being said. Of course, the conversation continues while we do this extra work, so we’re bound to get tired more quickly. If you’ve been more tired than usual lately, especially after social events, it could be that you have hearing loss.